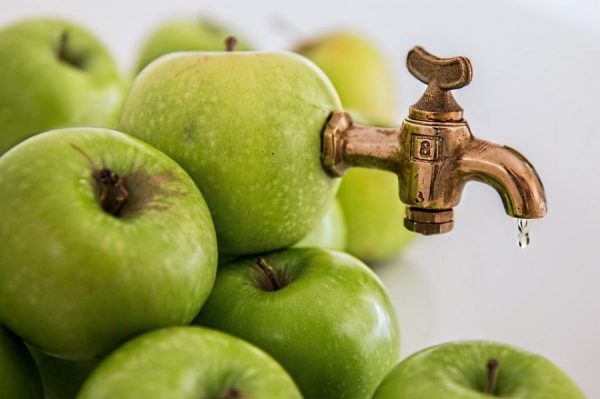 Cardano [ADA] is known for its punctuality with all kinds of updates associated with the currency being shared with the community in time. Although, this time they have announced a short break until their next weekly technical update release which is scheduled on May 17th. They have been occupied with two Testnets scheduled and their Chief, Charles Hoskinson attending various technical conferences around the globe representing IOHK and Cardano to present research papers and spread their vision.

“There will be a short break for the IOHK Cardano Weekly Tech Reports. Luckily, we have a supportive community and you can watch Sebastien’s video on the devs updates that happened last week. The next official report will be released May 17.”

Sebastien Guillemot, R&D software engineer and a maker of education content for Cardano clarified that there are official updates this week but a lot of things are happening with Cardano and he will catch up on that along with April 3rd weekly updates in the released video.

“No official #cardano/$ADA technical report but I made a video anyway. Too many juicy updates.”

Bourbaki: He spoke about team Bourbaki even though there has not been any official announcement yet. They have been working on a bunch of cool stuff he claimed, one of them is the rust Cardano crypto library which is the imitation of Cardano wallet using rust and leads to GS Cardano WASM. GS Cardano WASM is a web assembly binding for the Cardano crypto library which in turn leads to the new project recently put up with the Ariadne – a command-line interface to perform actions with Cardano compatible wallet. All of this finally lead to a web wallet out of this, using WASM. Users can check out the code and try and use it themselves on their official website in the specific libraries.

Plutus Napkin: They have been working on Plutus core which is a smart contract language that is supposed to be used as a base limitation to create new languages based off and then connect to it. It is a simplification of the first Plutus core version and Plutus core spec was put up on GitHub last week.

Also, a new release is coming up which is version “Release 0.10.0” which is open to the users to try and check out. Paper wallet update – passwords are not open by default when a wallet is created which makes things safer and the synchronous wallet restoration is available as users asked and will be available with the next release.

Initial Testnet installer without any specifications yet is also put up and a few bug fixes are done. Work is in progress for inductive wallets as well as tests for passive wallets are being processed.

Further, miscellaneous changes and a new endpoint to the API which is unsigned is being added. This allows users to create a transaction but does not allow them to sign, it can be signed by another device and then brought back and sent. This is useful for hardware wallets where a transaction is needed to be created on a computer not connected to the internet. A lot of other wallets already had this feature and now Cardano also flaunts it.

“Neither Marx nor Heidegger truly understand the future of mankind. It is Nakamoto Satoshi and IOHK that opened the real door! Lead to peace!” 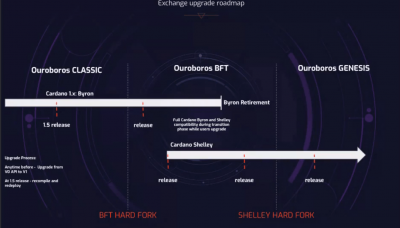 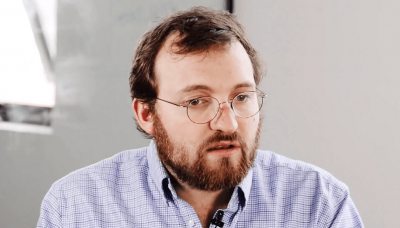